Here we are again, Spotify

Sitting down to organize the countless playlists always gives me one of my highest levels of satisfaction (yes, I realize how sad that is.) The last time we did this I spent a good four or five hours meticulously reordering, sorting, and renaming almost every current file I had. But yet here I sit today, still unsatisfied with my finished product.

I guess to really understand this, you’d first need to try and understand me. I’d say I have a size- small/medium obsessive compulsive streak. I like things the way that I like them. I have a place for everything, and I want everything in its place. Nothing wrong with that, right? I am a Virgo. Which, if you know anything about astrology are said to be the most analytical and organized members of the zodiac. So, I am a perfectionist by nature. Overthinking and attention to detail are part of my basic makeup.

Example: I admittedly organize my clothing by fabric material and style. This is a thing I’ve done since I was probably 13. I don’t know why, it just makes me feel strangely satisfied and somehow more “together”. Also, the books and movies in my house are categorized by genre and I absolutely cannot allow myself to put two pictures of the same color beside one another on my Instagram feed. These are just a few basic examples. I also get a bit funny about the placement of items in the refrigerator or pantry and tend to slightly overreact when leftover food particles are left in the sink. Still, to me, none of this seems weird. On the whole, these things don’t interfere with me living my everyday life. The only problem I have is sometimes it feels like I tend to over complicate what some might call “easy tasks” with all my extra work.

Since part of me is always seeking improvement, I decided to do some research on alternative organization ideas, in order to mix things up. From what I gathered, basically the suggestion was, less is more, and by simplifying you would allow for not only easier organization but also easier access to your information. This intrigued me. Could this work for my Spotify dilemma? You see, one of my biggest problems with Spotify is although I build many playlists, somehow I always tend to filter the same songs into them repeatedly, while continually ignoring others. I wanted this to stop. I decided to experiment with this foreign idea of a somewhat “broader” approach to classifying my music.

I dug a little deeper and searched for individuals who may have already used a similar system to categorize their music files rather than the basic genre/artist method. I was rather surprised by the diversity of ideas that I found while I explored other stranger’s profiles. Some of the more popular examples I found were people building playlists based on weather, activities, colors, or moods. Simple enough.

One person used our 8 basic emotions and worked off of those:

Another person used the seven basic colors of the spectrum:

I LOVED THESE IDEAS!!!

Using this type of theme allows a larger array of music to be filtered into your playlists while also embracing your own personal creativity. Now this was the fun part since obviously music impacts everyone differently, you get to choose what emotion or feeling the song you’re listening to brings out of you and classify it into a playlist accordingly. Cool right? I thought so. So, I decided to give it a shot. What could it hurt? I mean, here I was with 46 separate playlists and still always felt like I was listening to the same stuff on repeat. I played around with a few ideas for my own classification system and finally settled on something that I felt embodied my lifestyle and own individuality.

I went with something I’m calling “places and spaces.” Since I spend the majority of my time outdoors, I decided to categorize the playlists by places that I love to go, and filter the music by the feeling or vibe each particular place gives me.

Although the playlists are completely random, each one has a pretty distinct sound. My end result was this:

The Woods
Folk. Lots and lots of folk.

The Mountains
A progressive upbeat blend of indie rock.

The Beach
Chill vibes only. Lots of reggae and reggae rock.

The Lake
Mellow moods for paddling. A mix of rock, folk, and alternative.

The River
Mostly folk, mixed amongst some bluegrass and Americana

The Backroads
All of my favorite country from A-Z.

The Stars
Acoustic slow jams to relax to.

The Bridge
Something of a pop-folk mash-up. The kind of music my boyfriend hates and refuses to listen to.

The Party
All the music you would want to hear while drinking with your friends.

Now, despite my best efforts to downsize I still had four pre-existing seasonal mixes: spring, summer, winter, and fall, that I decided to keep. As well as six others that I just couldn’t filter into something, or manage to part with (I had to draw the line somewhere) Each of them is unique and special to me in their own way. So those stayed as well:

The Ghost
A collaboration of many mixes that were made in times of distress.

Katefaced
A random assortment of any song I like and enjoy. This is probably my most random playlist.

Sunday Morning Over Easy
The B sides of easy listening classic rock. A tribute to 94.7’s version circa 2000 before it started to suck.

Guilty Pleasures
Self-explanatory. Listen at your own risk.

Country Coffee Shop
The slower side of country music.

After everything was said and done I ended up with 20 playlist. Under half of what I originally started with. It’s a bit scary to admit, but it felt like a weight off of my mind once it was completed. It’s only been about two weeks since my reorganization and overall I feel pretty satisfied with the changes I made. Well, at least until a better method comes along. Let’s see how long this one lasts.

Fun fact for those of you that don’t know, you can access all of your deleted playlists by going into your Spotify account settings on the desktop version. Just hover over your name in the top right corner and click ACCOUNT > RECOVER PLAYLISTS and just like that, you have your entire history at your fingertips!  So that means NO REGRETS!  Have fun with it. 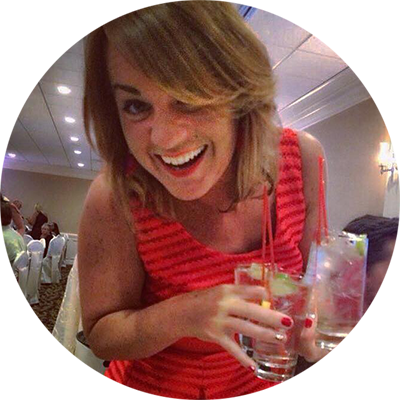